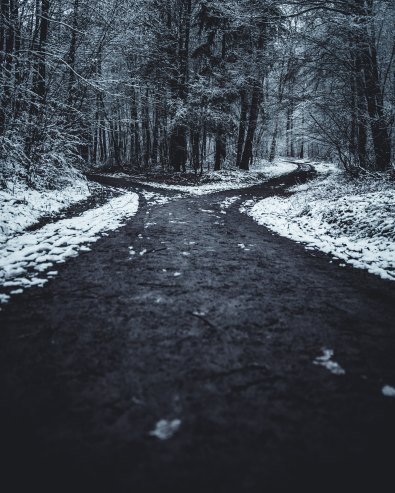 I mentioned in Part I of Choice Feminism that I try to make choices that minimize my complicity in systems of oppression. As a black, African woman, I reject white supremacy, patriarchy, and xenophobia, because to not do so would be to be complicit in my own oppression. However, I believe that my responsibility does not stop there. As someone who does have certain forms of privilege, like cis privilege, and a degree of class privilege (I’m part of what economist Guy Standing calls “the precariat”, that is, someone who doesn’t have job security, but I am still well-educated and have a job for the time being), hetero privilege and other forms of privilege I may not even know about yet, I also see it as my responsibility stand up for the rights of other people who don’t have those forms of privilege.

To that end, I try to make choices that  minimize my participation in white supremacy, capitalism, and patriarchy to the best of my ability. Still, I make choices all the time that support oppressive systems. I buy products made and sold by corporations. I have an iPhone and I’m typing this on a computer, even though I know that people — black people — die in wars to control access to cobalt. I fly, even while knowing the effect that planes have on the environment. I do these things not only to be a society (it would be difficult to hold down a job in development without at least using a phone, computer, or ever traveling at all) but also for my own enjoyment. I like watching Netflix and keeping in touch with my friends all over the globe. I like to see different countries. I go to Japan to see my family.

I think, though, that one difference between capitalism and patriarchy is that while capitalism and requires people to be obsessed with consuming, a capitalist economy can exist alongside a socialist welfare system. In Switzerland, where I work, for example, salaries tend to be high to allow people a decent living standard (although this happens alongside their complicity in eroding women’s rights around the world by providing tax havens to allow the 1% to avoid paying their taxes). Patriarchy, on the other hand, cannot exist alongside gender equality.

I recognize that people, particularly those who are not white, male, and straight,  are conditioned into rejecting, suppressing, or hating parts of themselves or their whole identities thanks to the society we live in, regardless of where we are.  And we’re rewarded for doing so, even as we’re slowly killing our authentic selves. We receive access to employment opportunities when we destroy our natural hair, it’s easier to find a partner, and it’s just generally easier to navigate the world when we capitulate than when we resist. But it’s still reductive to ignore the fact that these choices help support our oppression and that of others who share some or all of our identities. Saying that feminism is about choice is not entirely erroneous, but it’s too simplistic to leave it at that without further unpacking why we make the choices we do.

The overwhelming majority of married women I know, for example, were thrilled to take their husbands’ names and give their children their husbands’ names, because the erasure of their lineage is something to be proud of. At least, that’s how it looks to me, although no one has ever said that to me in so many words. That’s a choice they are “allowed” to make, no question. But many of them posted social media statuses and articles about how it was a feminist choice, because feminism is about choice. And while it is a choice, it is certainly not a feminist one.

I often (read: constantly) run into other people who are not the beneficiaries of these systems, and are victims of them, trying to railroad other people into participating. On a personal level, I constantly have people disrespecting my choices and identity, and trying to alternately to persuade, mock, or bully me into participating in patriarchal heteronormative relationships, have a child which I don’t want, cut off my locs and straighten my hair, wear makeup, get my nails done, wear dresses, and stop lifting weights, to name a few patriarchy- and white supremacy-approved behaviors.

If you are a woman who experiences patriarchy on a daily basis — policing of your appearance, nonstop attempts to legislate your reproductive organs, a wage gap, being kept out of employment because a man in power either thinks you’re too pretty and he will get “tempted” or alternatively that you’re “too ugly” and what’s the point?, sexual harassment and assault — and you run into a woman who has decided that none of that is for her, why is it so important to you that other women choose to actively participate in the system(s) that harm both of you?

Like Sway, I don’t have the all the answers. But I don’t think that means it’s invalid for me to ask the questions in the name of “respecting people’s choices”.  Do I go up to random strangers and berate them about their unfeminist choices? Of course not. But it is clear to me, that at the very least, making choices that are true to your identity (living with a same-sex partner, not wearing high heels or dresses, transitioning to a different gender, being childfree, being atheist or having a subaltern sexuality) is different from making a choice that is the result of patriarchal conditioning.

Photo by Oliver Roos on Unsplash